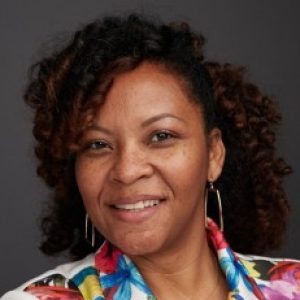 Stark Law is a set of United States federal laws that prohibit physician self-referral, specifically a referral by a physician of a Medicare or Medicaid patient to an entity fo  r the provision of designated health services (“DHS”) if the physician (or an immediate family member) has a financial relationship with that entity.

“… If a physician (or an immediate family member of such physician) has a financial relationship with an entity …, then the physician may not make a referral to the entity for the furnishing of designated health services for which payment otherwise may be made” under Medicare and to some extent Medicaid.

Baton Rouge, La.-based Amedisys, one of the country’s largest providers of home health services, and its affiliates agreed to pay $150 million to resolve allegations brought under the False Claims Act, Stark Law and the Anti-Kickback Statute. The lawsuit filed against Amedisys was brought under the qui tam, or whistle-blower, provision of the False Claims Act by former employees of the company. The lawsuit alleged Amedisys submitted improper claims to Medicare for reimbursement from 2008 to 2010 for therapy and nursing services that were medically unnecessary or provided to patients who were not homebound. The lawsuit also alleged the company engaged in improper financial relationships with referring physicians.

The Anti-Kickback Statute covers a broader range of activity than the Stark Law, and extends to all medical providers in a position to arrange or recommend medical services. 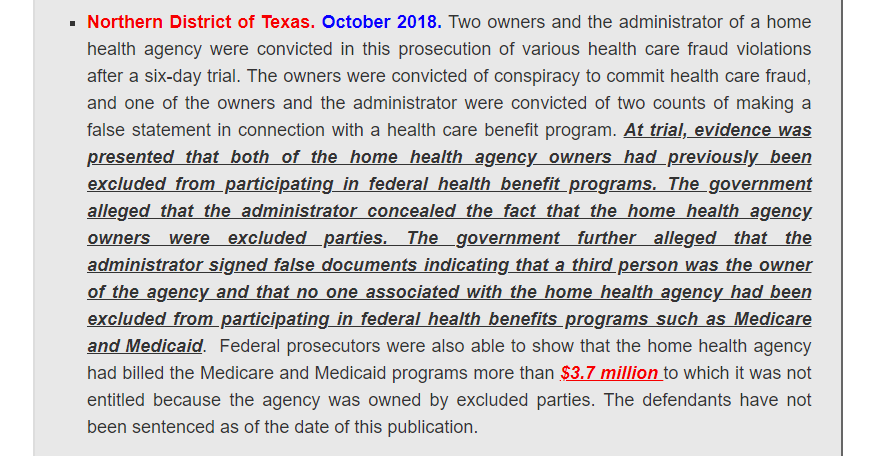 Penalties for violating the Anti-Kickback Statute are steep. Although it is a criminal statute, it imposes both criminal and civil penalties for violations, both of which can have a profound impact on one’s personal and professional life. While penalties and repercussions will vary depending on the circumstances involved, violations may result in:

American federal law that imposes liability on persons and companies (typically federal contractors) who defraud governmental programs. It is the federal Government’s primary litigation tool in combating fraud against the Government. 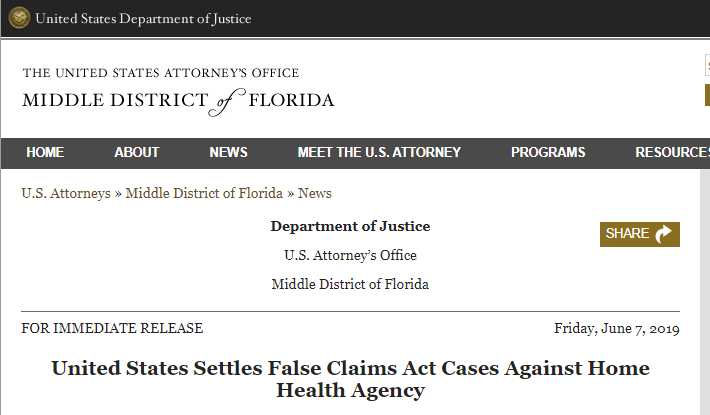 In 2009, the Fraud Enforcement and Recovery Act of 2009 (FERA) was signed into law. It includes the most significant amendments to the FCA since the 1986 amendments.  Such as,

The Civil Monetary Penalties Law authorizes CMPs for a variety of health care fraud violations. Different amounts of penalties and assessments may be authorized based on the type of violation. CMPs also may include an assessment of up to three times the amount claimed for each item or service, or up to three times the amount of remuneration offered, paid, solicited, or received. Violations that may justify CMPs include:

Whistleblower disclosures by can save lives as well as billions of taxpayer dollars. They play a critical role in keeping our Government honest, efficient, and accountable. Recognizing that whistleblowers root out waste, fraud, and abuse and protect public health and safety, Federal laws strongly encourage employees to disclose wrongdoing.

Federal laws also protect whistleblowers from retaliation. Pursuant to the Whistleblower Protection Enhancement Act of 2012, the Department of Health and Human Services, Office of Inspector General, established a Whistleblower Ombudsman in the OIG to educate Department employees about prohibitions on retaliation for whistleblowing, as well as employees’ rights and remedies if anyone retaliates against them for making a protected disclosure (i.e., “Whistleblowing”). 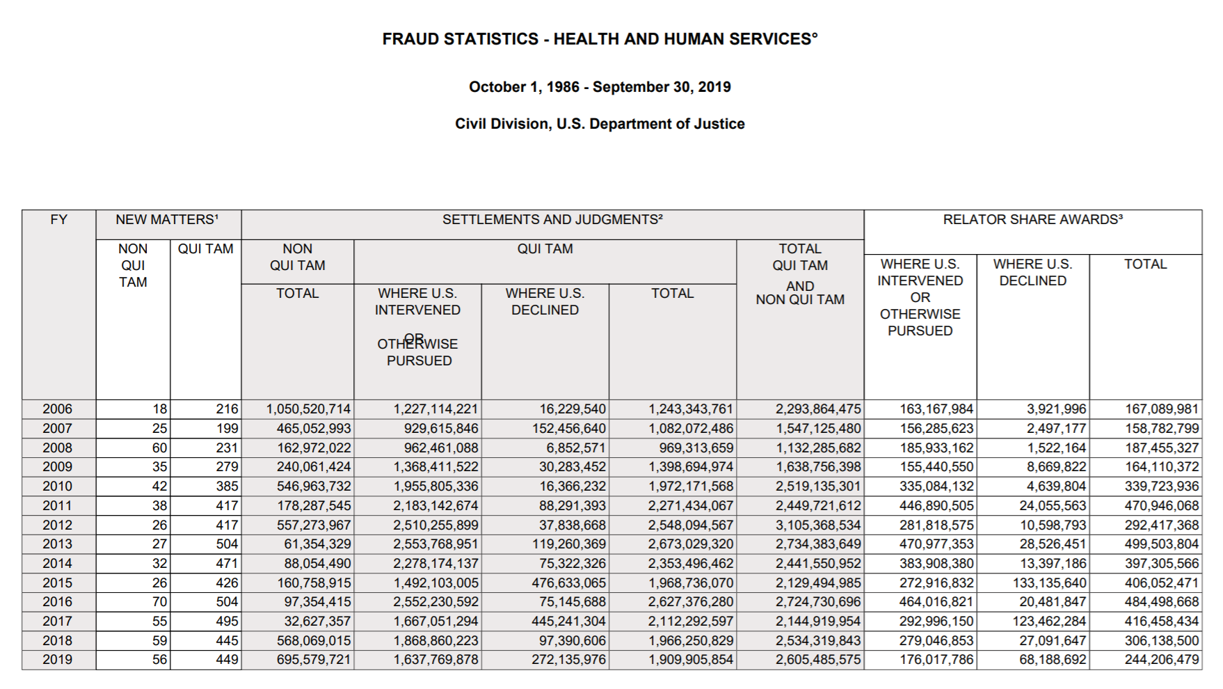